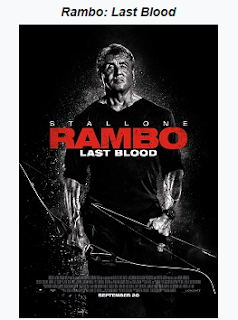 
The story follows the titular Vietnam War veteran (reprised by Stallone) as he travels to Mexico to save his adopted daughter, who has been kidnapped by a Mexican cartel. A sequel to Rambo (2008), it is the fifth installment in the Rambo franchise and co-stars Paz Vega, Sergio Peris-Mencheta, Adriana Barraza, Yvette Monreal, Genie Kim, Joaquín Cosío, and Oscar Jaenada.