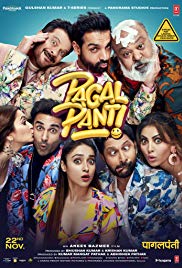 3 men, considered as losers in their lives by the people, plan to get rich along with their girlfriends by fooling 2 gangsters and robbing their money.